A prospective randomized, double‐blinded clinical study evaluating the efficacy and safety of bupivacaine versus morphine‐bupivacaine in caudal epidurals in cats with urethral obstruction 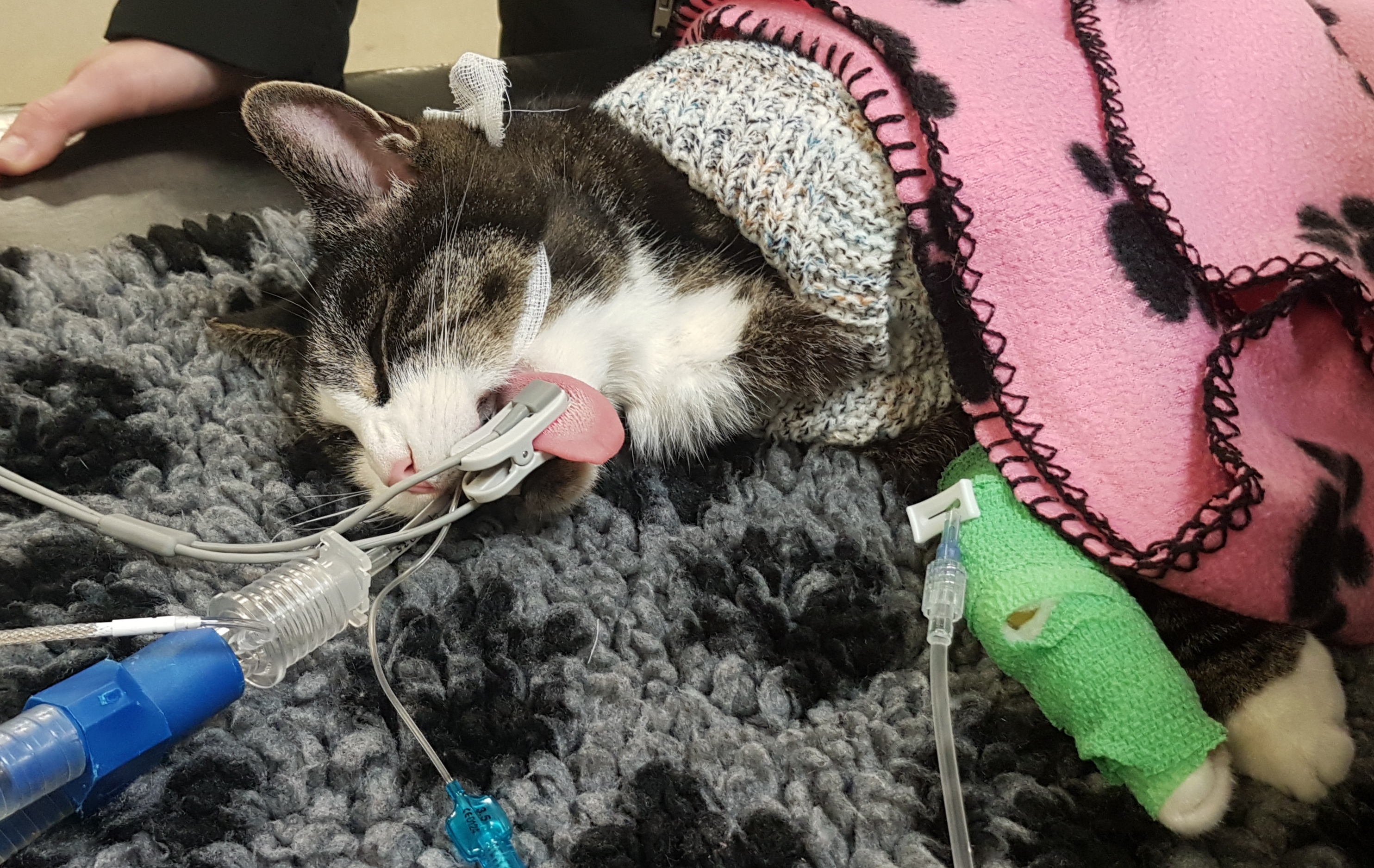 The aim of this prospective, double-blinded, randomised, sham-controlled study was to investigate whether the use of the caudal epidural technique in cats with urethral obstruction (UO) facilitates the process of urinary catheter placement and provides longer-term analgesia during hospitalisation.

The study was carried out at a single veterinary hospital in the United States; male cats treated for UO between February 2013 and January 2015 were eligible for inclusion. Cats were randomised into blocks of 20 to receive either a: bupivacaine caudal epidural (BUP); (2) morphine‐bupivacaine epidural (BUP/MOR), or a sham epidural (SHAM). Investigators were blinded to which epidural group the cat was in; cats in the sham group did not have an epidural performed but all other procedures (clipping, adhesive bandage etc.) were the same. An empty vial was included in the study kit to ensure the blinding of the technicians performing the epidural efficacy and pain assessments.

The study recorded the time to perform the epidural, time to place the urinary catheter and the time from epidural administration until breakthrough pain score was reached and rescue analgesia administered. Pain scoring was performed every two hours following urinary catheter placement. The success of the epidural was assessed by way of tail and perineal responses to stimuli 10 minutes after drug administration.

Results showed 34% of cats had one epidural attempt, for the remaining 66% the epidural was successful on the second attempt. The median time to perform epidural was two minutes for both the first and second attempts. Forty-one cats, including 21 BUP and 20 MOR/BUP, had a successful epidural based on loss of either/both perineal or tail response. 13 cats (6 BUP and 7 MOR/BUP) showed no change in either perineal or tail response following epidural. There was no significant difference in the median time for urinary catheter placement in the SHAM cats (3 minutes), or epidural cats (2 minutes).

One limitation of the study was the use of a multidimensional pain scoring system that has not been validated for use in cats with UO.

Feline urethral obstruction is a painful and life-threatening emergency commonly presented in primary practice. This study provides some evidence of the benefits of caudal epidurals to facilitate urinary catheterisation and in the management of post-operative pain in cats with UO.

Transmission of SARS-CoV-2 in domestic cats

A double‐blinded, randomized, methylprednisolone‐controlled study on the efficacy of oclacitinib in the management of pruritus in cats with nonflea nonfood‐induced hypersensitivity dermatitis

Cats vs. Dogs: The Efficacy of Feliway FriendsTM and AdaptilTM Products in Multispecies Homes
0 replies

Comparison of the colic incidence in a horse population with or without inclusion...