You are here: Home / Summaries / Small Animals / Benefits and risks of neutering pets – what is the evidence

Benefits and risks of neutering pets – what is the evidence?

Neutering is seen as a routine procedure for domestic pets in many countries and is promoted as part of responsible pet ownership and the primary means of population control. However, there is significant variation between countries, with some actively promoting neutering, for example through reduced licence fees for neutered dogs, while others, notably those in Northern Europe, consider the procedure of removing body parts during neutering to be a mutilation unless carried out for the treatment of disease.

However, as veterinary knowledge has increased, it has become clear that neutering may carry risks as well as benefits for the individual animal and is not a panacea for all behaviour problems. This has led veterinary associations such as the BSAVA and AVMA to make statements to the effect that decisions regarding the elective neutering of pets should be made on a case by case basis. The evidence of risks and benefits of neutering should be weighed, considering the most appropriate timing and methods based on available evidence and discussion with the owner.

The purpose of this collection is to provide you with easy access to some of the available evidence, focusing on some of the most frequent areas of concern. This is not intended to be a comprehensive review of the literature, but rather a selection of references to inform your discussions with owners and guide your decision making regarding the elective neutering of pets.

New evidence is being published all the time, so you may wish to search for and critically appraise papers to answer a specific question about neutering. If so, RCVS Knowledge has developed an EBVM Toolkit to help you.

Effect of neutering on disease risk

Rabbits and other small animals 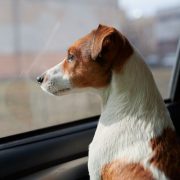 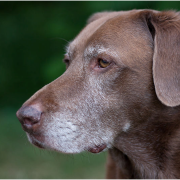 ACVIM consensus statement guidelines for the classification, diagnosis, and management of cardiomyopathies in cats

Predicting susceptibility to SARS‐CoV‐2 infection based on structural differences... Benefits and risks of neutering pets – what is the evidence – Rabbits...
Scroll to top