You are here: Home / Editions / Feb2020 / Effect of subcutaneous closure technique on incisional complications and... 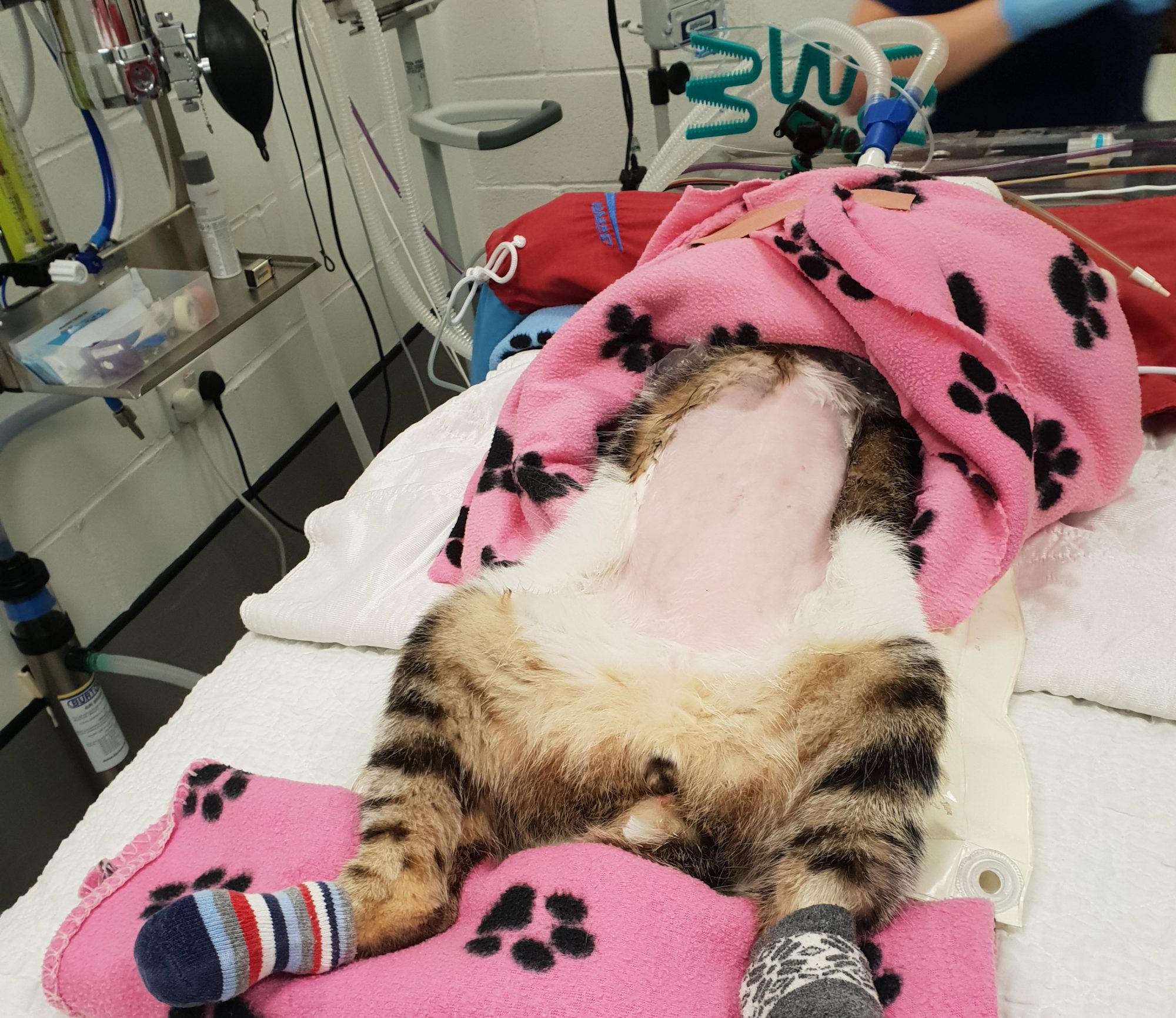 The aim of this blinded randomised controlled trial was to compare the effects of three methods of subcutaneous tissue closure on postoperative complications and pain in cats undergoing midline celiotomy.

Cats that were undergoing a midline celiotomy at a single veterinary teaching hospital in the United States between September 2017 and April 2019 were eligible for inclusion in the study. Cats were excluded if they were less than four months of age, had a prior celiotomy within 30 days of admission, if a drain or vascular access port was placed in subcutaneous tissues, if the cat was difficult to handle and if no owner consent was in place. Enrolled cats were randomly assigned using a computer-generated allocation to one of three subcutaneous tissue closure groups: the quilting (Q) group, which used a simple continuous appositional pattern using a tacking component; the simple continuous (SC) group, which used a simple continuous appositional pattern without a tacking component; or the no closure (NC) group.

The primary outcomes considered were incidence of seroma, postoperative pain and surgical site infection (SSI) or dehiscence. Follow-up on complications was carried out at 10 and 30 days postoperatively with owners, using a validated questionnaire, and by an examination of the incision by referring veterinary surgeons. Owners, veterinary surgeons and the investigator were all blinded to group allocation. Pain was assessed within the first postoperative day using a feline composite pain scale and mechanical threshold testing. The appearance of the incision was assessed using a visual analogue scale that evaluated the degree of skin apposition, inflammation, swelling and discharge.

In total 297 cats were recruited: 108 were allocated to the Q group, 94 to the SC group and 95 to the NC group. 280 cats were undergoing midline celiotomy for ovariohysterectomy and 17 cats for another abdominal procedure.

Results show that all seromas were identified within 10 days of surgery, with the incidence of seroma lower in the Q group compared with the other two groups. When compared with the SC and NC groups combined, the Q group had a relative risk for seroma of 0.49. Median mechanical threshold was higher in cats in groups Q and SC compared to the NC group.

Limitations of the study include that the way that complications were assessed (owner questionnaire and physical examination by referring veterinary surgeon) may have introduced variability in the sensitivity of the detection of complications. In addition, the varied experience of the surgeons carrying out the celiotomies may have influenced the results.

Although cats are more frequently spayed using a flank approach in the UK, this study provides some evidence that using a quilting suture pattern in the subcutaneous tissues after midline celiotomy in cats reduces the formation of seromas. The use of quilting patterns for other procedures should be considered particularly where there is a risk for seroma formation.

Reply on TwitterRetweet on TwitterLike on TwitterTwitter
Load More...
Search