You are here: Home / Editions / Aug2019 / Exploring early life events including diet in cats presenting for gastrointestinal...
summary of: 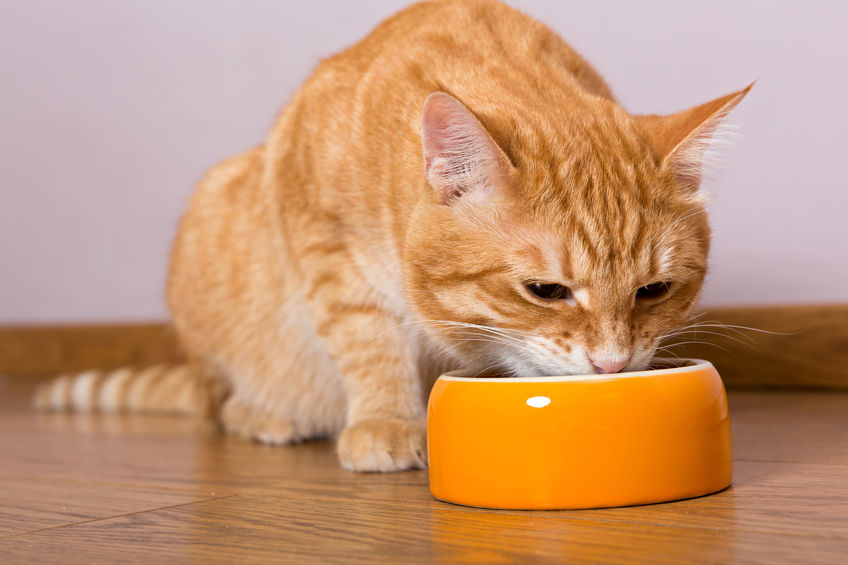 For this study, data was gathered from Q1-Q5 on the following four early life events: (1) name of commercial pet food and whether it complied with guidelines from the World Small Animal Veterinary Association (WSAVA) Global Nutrition Committee; (2) proportion of diet that consisted of raw fresh food, cooked fresh food and cow’s milk or cream; (3) owner-reported vomiting, diarrhoea, or both; and (4) presence of helminths in the faeces, as reported by owners.

Cats included in the study as cases were those whose owners had reported a visit to a veterinary practice specifically for gastrointestinal signs (vomiting, diarrhoea, or both) at one or all of the four time points (Q2-Q5). Controls were the cats that were reported by their owners to have never visited a practice specifically for gastrointestinal signs.

In total, data from 1212 cats was available for review: 1014 cats were reported to have never made a visit to a veterinary practice for gastrointestinal signs; 168 cats made one visit; 26 cats made two visits; and 4 cats made three visits.

Of the early life events considered, cats with vomiting, diarrhoea or both and/or those not exclusively feeding on a commercial diet meeting the WSAVA guidelines, before 16 weeks of age, were significantly associated with frequency of visits to a veterinary practice specifically for gastrointestinal signs between six months and 30 months of age.

Limitations to the study, acknowledged by the authors, include: the lack of detailed information on the commercial diets fed and the fact there was no record of dietary changes any time in the 6-30 month period; the definitive diagnosis for the gastrointestinal signs being unknown as medical records were not available for review; and the limited number of early life risk factors considered and the small number of cats (30/1212) with recurrent gastrointestinal signs.

This study provides some evidence that cats with reported vomiting, diarrhoea or both and/or those not exclusively fed commercial diets that meet the WSAVA Global Nutrition Committee guidelines in early life are more likely to present at a veterinary practice for gastrointestinal signs before 30 months of age. Further studies considering a wider range of early life events, e.g. antibiotic use, are encouraged.

The aims of this study were to compare the frequency of morphologic variation in cervical vertebrae of adult Warmblood horses with and without clinical signs related to the neck. Read the inFOCUS summary: https://t.co/dEaWsbt5O3 @BEVA_news #equine #EBVM #inFOCUSAugust19

Does bandaging aid the healing of digital dermatitis in dairy cows? Read our #inFOCUSAugust19 summary: https://t.co/Z8BtDqvnGc

Don't forget that the latest edition of inFOCUS is out NOW. Summaries on end-of-life pain, digital dermatitis, gastrointestinal signs in cats, and spine morphology in Warmbloods all available in subscriber inboxes and online. https://t.co/ahuVoKEO4I #inFOCUSAugust19

In our latest blog, the Chair of inFOCUS's Clinical Review Team looks at why the service was set up, what goes on behind the scenes to continually keep track of new evidence, and some plans for the future. Read now: https://t.co/PgVOnKfAeI #inFOCUSAugust19

Is there a correlation between certain early life events and cats presenting with gastrointestinal signs in later life? Read the inFOCUS summary: https://t.co/KwoTfWKiug #inFOCUSAugust19 #EBVM

The new edition of inFOCUS is out now, featuring summaries on managing pain in end-of-life conditions, digital dermatitis in cows and early life events correlating with gastrointestinal signs in cats. Check your inboxes or read online: https://t.co/ahuVoKEO4I #inFOCUSAugust19

Age at gonadectomy and risk of overweight/obesity and orthopedic injury in a...
Scroll to top