You are here: Home / Editions / Dec2017 / Field study on the safety and efficacy of intradermal versus intramuscular...
summary of: 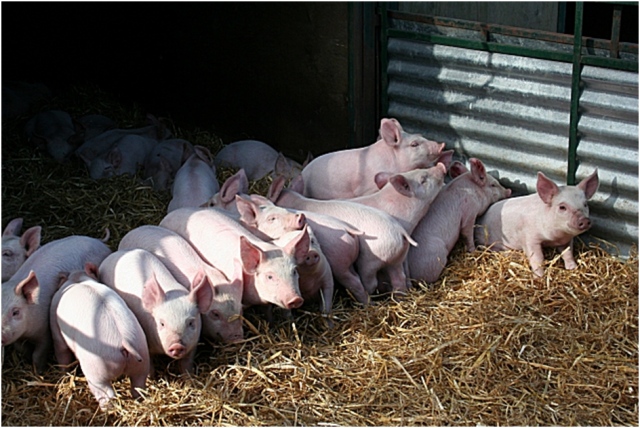 Mycoplasma hyopneumoniae is one of the major pathogens responsible for porcine respiratory diseases which lead to significant economic losses in the pig industry. These losses are mainly due to increased treatment costs and a reduced average daily weight gain (ADWG) caused by an increase in pneumonic lung lesions.

Previous studies have shown that vaccination against M hyopneumoniae is important in reducing the clinical incidence of the disease and the extent of lung lesions, and thus leads to improved performance parameters such as ADWG.

Most vaccines are administered by injection with needle-syringe devices, which can pose major occupational health hazards; needles can also serve as vectors for the spread of haematogenous transferable pathogens so it would be highly beneficial if vaccines could be delivered safely and efficaciously by needle-free injection devices (NFID).

This randomised controlled study aimed to compare the safety and efficacy of intradermal needle-free versus intramuscular injection vaccination against M hyopneumoniae in pigs. The study was carried out on a commercial 1000 sow farrow-to-finish farm with a known history of M hyopneumoniae infection but no current vaccination against this pathogen.

On Day 0, 420 healthy 21 (+3) days piglets of commercial crossbreeds from 38 different litters were randomly allocated to 3 different treatment groups. V1 group (138 pigs) received intradermal vaccine, Porcilis M Hyo ID ONCE, on the right side of the neck with the needle-free injector IDAL (Intra Dermal Application of Liquids). V2 group (144 pigs) received intramuscular vaccine, M+PAC, injected into the muscle of the right neck. CG control group (138 pigs) received placebo, Diluvac Forte, either administered by intradermal with the IDAL injector for CG1 group (70 pigs) or by intramuscular injection for CG2 group (68 pigs), in the right side of the neck. All pigs received the same feed and received the same management practices.

Clinical observations revealed no adverse effect on appetite and the rectal temperatures remained within acceptable physiological range. Local injection site reactions (ISR) were observed in all groups and were of a minor degree. The ISRs were distributed equally among CG1 and CG2 groups indicating that the method of administration seems to have not caused gross reactions at the local injection site. At slaughter, presence and extent of pneumonic lung lesions (LL) was examined. Pigs in both vaccinated groups had significantly lower prevalence rate and extent of LL compared to the placebo group; with V1 being better in reducing LL than V2 group. The ADWG at the end of finishing was significantly higher in both vaccinated groups compared to the placebo group; with no differences between V1 and V2 group.

The authors acknowledge that whilst the method of vaccine administration seems to have had no effect on local ISRs, there is a possible bias arising from there being a difference in distance from target tissues to the surface of the skin. In addition, a smaller volume of vaccine was administered intradermally (0.2 ml compared to 2.0 ml).

The results indicate that intradermal, needle-free vaccination of piglets at 21 days old with Porcilis M Hyo ID ONCE is both safe and efficacious. Using a needle-free vaccination method may also reduce the potential occupational health hazards experienced by those delivering the vaccine, and the possibility of broken needles and needle fragments in pork carcasses.

However, it should be noted that the two vaccinated groups in the study were given different vaccines at different volumes so the different reduction in lung lesions between the two vaccine groups may relate to that rather then the delivery method.

Clinician attitudes to pain and use of analgesia in cattle: where are we 10...
Scroll to top