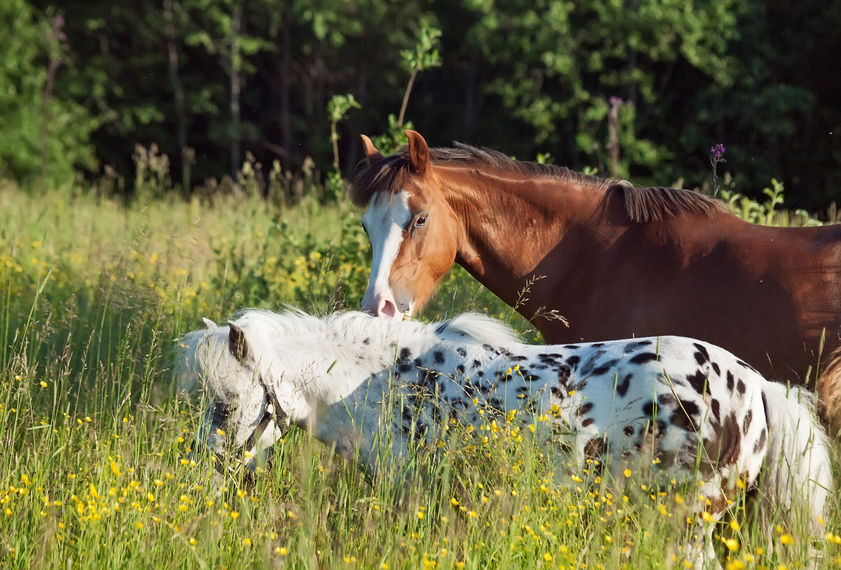 The primary aim of this study was to investigate the accuracy of two animal-specific non-contact infrared thermometers (NCIT) – Thermofocus and Rycom – when compared to rectal temperature in healthy horses. These NCIT are available for use by animal owners as well as veterinary surgeons thus a secondary aim of the study was to investigate the impact of poor operator technique on the accuracy of the device.

The study was carried out on 22 healthy horses from one location. All equine temperatures were taken in a stable with an ambient temperature range similar to conditions in a UK yard. Repeated equine temperature readings were performed on ten separate days over a seven-month period. The rectal temperature was taken first in all cases, using a standard digital thermometer, by the same equine technician.

Temperature readings were also taken on one occasion following a period of exercise, intended to obtain an elevated temperature, so that measurements from hyperthermic horses with a temperature greater than 38°C could be compared.

Limitations of the study included the small sample size and the fact that they were all healthy horses.

This study provides useful information on the use of NCIT thermometers for horses. In this population the Rycom thermometer provided the most accurate results when used as recommended by the manufacturer.  Further studies with a larger population including clinically hyperthermic and hypothermic horses are to be encouraged

ACVIM consensus statement on the diagnosis and treatment of chronic hepatitis...
Scroll to top