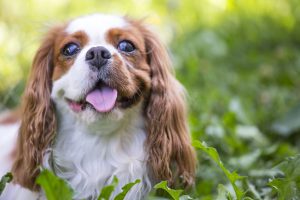 Brachycephalic and spaniel types were significantly associated with a diagnosis of ASD with over twice the odds compared to dolichocephalic types and non-spaniel breeds, respectively. The study found no evidence supporting an association between obesity and ASD.

Limitations of the study include the retrospective nature, with the possibility that not all ASD cases were identified by the search terms. The authors recognised there was the possibility that some cases may have been misclassified and that the study was heavily reliant on the completeness of clinical records.

2021 ISFM Consensus Guidelines on the Collection and Administration of Blood and Blood Products in Cats | in FOCUS https://t.co/KmW9wnzcqw #inFOCUSissueJune21 via @RCVSKnowledge

Investigation of SARS-CoV-2 infection in dogs and cats of humans diagnosed with COVID-19 in Rio de Janeiro, Brazil

Pain in rabbits: a review for veterinary nurses [Part 1-3]
Scroll to top