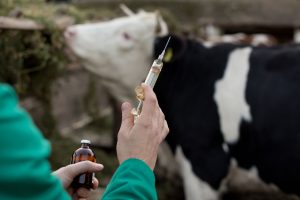 The culture of an organisation has been shown to influence the attitudes and behaviours of staff and is intrinsically linked to financial, quality and safety outcomes.  In the airline industry and human healthcare the concept of using an organisation’s culture to improve safety is commonplace, with ‘safety culture’ and its improvement a key part of strategies to understand the causes of errors and to implement sustainable changes to reduce them.

In human healthcare there are widely adopted tools for assessing safety culture, such as the Safety Attitudes Questionnaire (SAQ) and the Hospital Survey of Patient Safety (HSOPS). In veterinary medicine no such assessment tool exists even though recent studies have identified causes and types of errors in veterinary practice similar to those in human healthcare. The aims of this study were to try and address this situation by identifying the factors that make up the construct of safety culture in the UK veterinary profession and to develop a tool to measure safety culture within practice.

Using the SAQ and HSOPS human healthcare tools a pool of Likert scale statements were created which were then adapted for the veterinary context.  Themes from an earlier study looking at veterinary error were used to generate further statements which, when pooled with the Likert statements, gave a set of 133 items.  These were then arranged into groups and further edited to ensure a balance between positive and negative wording.

This resulted in a tool with 57 statements, a free text box to gather qualitative data with additional questions to capture demographic information.  Paper copies of the survey were distributed to 14 practices and at the spring meeting of two veterinary associations; the survey was also made available online. 412 surveys were completed (229 paper, 183 online).

Following analysis of the results, the ‘Nottingham Veterinary Safety Culture Survey’ (NVSCS) was developed consisting of 29 statements grouped under the following themes: organisational safety systems and behaviours, staff perception of management, risk perceptions and teamwork and communication. The final form of the survey was validated by comparing it with the SAQ.

Statements within the themes in the NVSCS address issues such as how errors are handled within the practice, the impact of excessive workload and cooperation between team members.

The authors acknowledge that there was potential bias in the sampling strategy used and that the use of parametric tests to analyse Likert scale scores is a controversial, though common, practice.

Senior staff have a significant influence on culture within a practice through guiding working practices and serving as role models.  Understanding the strengths and weaknesses of an organisation is a crucial part of continuous development where review, evaluation and improvement is part of an ongoing cycle.

The NVSCS offers a straightforward way for veterinary practitioners to evaluate the safety culture of their workplace.  This initial evaluation should be seen as just the first step; the next steps, which require both leadership and buy-in from the whole team, are the response to the result and the changes that are then introduced. 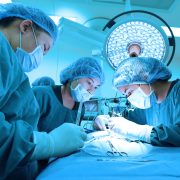 Review of hazards to female reproductive health in veterinary practice

Increase in the flock prevalence of lameness in ewes is associated with a reduction in farmers using evidence-based management of prompt treatment: A longitudinal observational study of 154 English sheep flocks 2013–2015
0 replies

Principles of triage and first aid in wildlife casualties