You are here: Home / Editions / Apr2020 / Survival of bovine digital dermatitis treponemes on hoof knife blades and...
summary of: 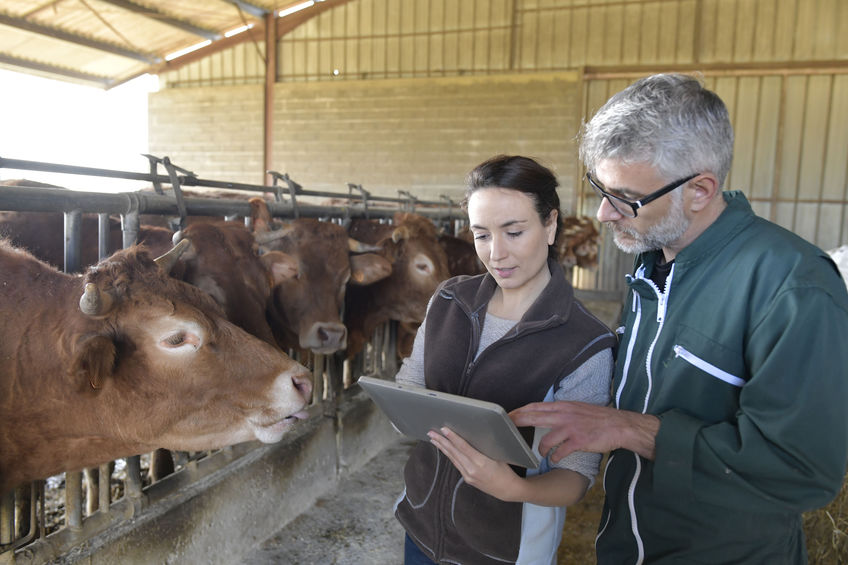 The aim of this study, funded by BBRSC and AHDB Dairy, was first to test the survival times of treponemes on hoof knife blades under aerobic conditions, and secondly to test a range of common disinfectants at working concentrations for removing viable treponemes from hoof knife blades.

Two strains of Bovine digital dermatitis (BDD) associated treponeme bacteria were used: T320A (Treponema phagedenis-like phylogroup) and T3552B (T pedis). These were diluted to standardised concentrations and 0.5 ml cultures were applied to one side of each hoof blade knife. Swabs were taken from blade surfaces two minutes after application of the cultures and placed into a liquid medium, these acted as positive controls.

For the first study looking at survival, time samples were taken after 10 minutes, one hour, two hours, four hours and 18 hours. One swab was inoculated into a liquid medium and placed in an anaerobic cabinet as soon as possible and the second was stored at -20°C for directed detection of treponemes by nested PCR.

All cultures were examined using phase contrast microscopy (PCM) weekly for six weeks. Cultures were considered positive for treponemes if at least 10 treponemes with some motility were visible. Replicates that did not meet these criteria in the positive control culture by week six were discarded. DNA extraction and PCR assays were also carried out.

Results showed that both strains of treponemes could be cultured for up to two hours postinoculation and that all samples remained positive by direct PCR testing of swabs for treponeme strains after 18 hours.

Limitations of the study included that it was carried out in a laboratory and does not mimic field conditions. In addition, a positive PCR test does not necessarily correspond to the presence of viable bacteria capable of growth.

This study provides evidence that it may be possible to transmit BDD treponemes between cattle on hoof blades. It is therefore important to have appropriate disinfection protocols in place during foot-trimming.

Clinician attitudes to pain and use of analgesia in cattle: where are we 10 years on?
0 replies

Development of a clinical tool to aid endotracheal tube size selection in d...