You are here: Home / Summaries / Equine / The influence of hay steaming on clinical signs and airway immune response...
summary of: 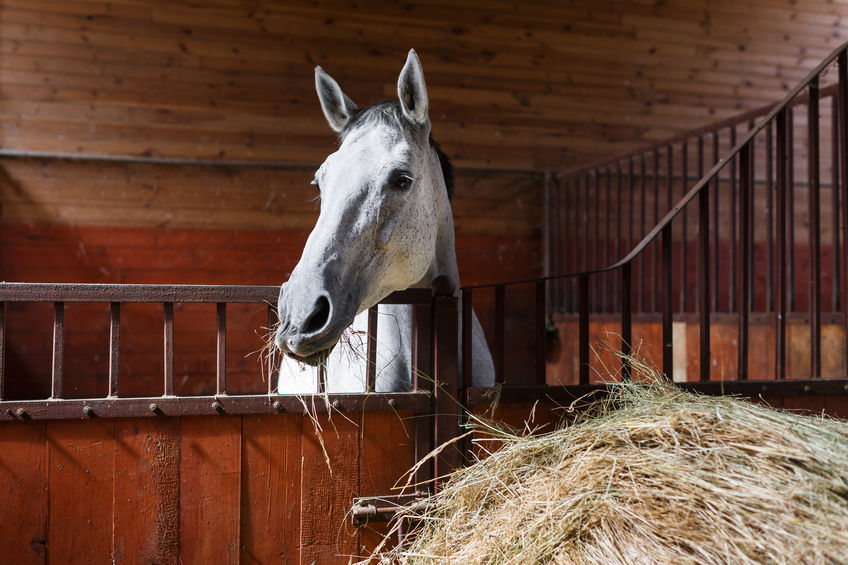 A cohort of 12 privately owned leisure horses were enrolled in the study, six that had been diagnosed with sEA and six acting as a control. The animals were fed steamed hay twice daily for five days (challenge 1); this was followed by a wash-out period of 26 days, after which all horses were fed with dry hay twice daily for five days (challenge 2). All horses were clinically examined and scored two days before (d-2) and five days after (d+5) each challenge, as well as undergoing tracheal endoscopy and bronchoalveolar lavage fluid (BALF) sampling. Dry and steamed hay samples were cultured for evaluation of bacterial and mould content.

Results showed that steaming significantly reduced the mould and bacterial content of the hay. There was no significant difference between the clinical scores of the sEA and control horses with either ‘challenge’ or ‘time’. There was a significant interaction for tracheal mucus across both groups for ‘challenge’ and ‘time’, with the score being significantly higher for dry hay at d+5 compared to d-2 but not significantly different at d+5 compared to d-2 for steamed hay. In the sEA horses, there was an increase in the percentage of neutrophils and cytokine mRNA expression in BALF for both dry and steamed hay.

Limitations of the study included the low number of horses enrolled, the short study period, the difference in average age between the groups and the lack of sensitivity when measuring BALF cytokine concentrations using commercially available ELISA kits.

sEA is a chronic disease of adult horses that has a significant impact on an animal’s wellbeing. Whilst this study shows that steaming helps to reduce the mould and bacterial level of hay the findings suggest that the impact of the use of steamed hay on lower airway inflammation in sEA horses requires further investigation.

Influence of dietary restriction and low‐intensity exercise on weight loss...

Introducing the Ward Phlebitis Scoring Chart 2018: A reflective and personal...
Scroll to top