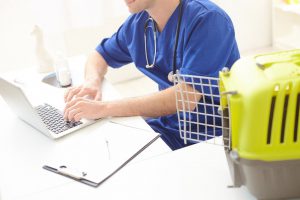 The aim of this cross-sectional survey study was to explore the barriers, perceptions, attitudes, and experiences of UK veterinary professionals towards adverse drug reaction (ADR) reporting.

Recruitment to the online survey, which ran from May 2019 to January 2020, was through advertisements in the UK veterinary press, via social media and at two conferences.

The main barriers to reporting ADRs were that it was already widely known in the product literature; being unsure whether the product was responsible for the ADR, or concern over whether the ADR was serious enough. Time constraints were identified as a barrier by 40.0% of veterinary surgeons and 12.3% of veterinary nurses.

The most popular facilitator to reporting was the ability to report a suspected ADR via the practice management system. Non-reporters said they would be more likely to take action if there was greater feedback from the Veterinary Medicines Directorate or Marketing Authorisation Holders following reporting. Veterinary nurses were more supportive of continuing professional development on ADRs than veterinary surgeons.

Limitations of the study include the potential for recall bias on reporting and potential selection bias as survey respondents were self-selecting. Respondents represented less than 1% of the UK veterinary professionals and were predominantly working in small animal practice.

There is growing evidence of ADRs being underreported in veterinary medicine. This study highlights that empowering veterinary nurses to report ADRs, following appropriate tailored training, coupled with an increased ability to report via practice management systems might improve reporting rates.

‘We’re gonna end up scared to do anything’: A qualitative exploration...
Scroll to top