You are here: Home / Editions / Dec2022 / Veterinarians’ experiences of treating cases of animal abuse: An online q...
summary of: 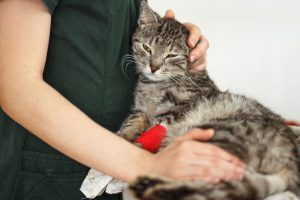 In our categories of: Practice management

The aim of this retrospective, cross-sectional online survey study was to explore veterinary surgeons’ experiences of animal abuse in the last 12 months, as well as  perceptions around support needs and barriers to reporting.

The survey was open to all qualified veterinary surgeons in a clinical practice with companion animals. It was promoted on social media channels, websites, and animal welfare organisations, and ran from June to December 2019. It included questions on the experience of nonaccidental injuries (NAI) seen in the last 12 months and, where applicable, the type of injury and type of animal involved. The survey also asked respondents to estimate how many cases of animal abuse they had seen during their careers and to provide information on up to three specific cases. Finally, questions were asked about veterinary surgeons’ roles and responsibilities in reporting animal abuse and barriers to reporting.

Almost all 210/215) respondents agreed that animals can be abused and 113 reported having to having seen or suspected an NAI in the last 12 months. Twenty-seven respondents reported that they had never treated an abuse case during their whole career and 102 veterinary surgeons reported treating more than six cases, with the median range being one to five abuse cases.

The case studies of abuse provided by the respondents mostly related to dogs and physical abuse. Whilst in these case studies neglect was less common, it more often resulted in death.

Respondents were concerned about animal abuse but varied in their confidence to intervene and cited a number of different barriers to reporting, including legal concerns relating to breaking client confidentiality and litigation, lack of knowledge and resources, compromising the safety of the client, inexperience of dealing with abuse cases, perception that no action will be taken, personal safety and client loss.

Limitations of the study include potential selection bias as survey respondents were self-selecting and the potential for recall bias of case details. The sample size was relatively small and overrepresented by UK and female participants; therefore findings may not be generalisable to the whole veterinary community.

This study provides some evidence that the experience of animal abuse is relatively common for veterinary surgeons and whilst veterinary surgeons feel a duty to act, they may be lacking in the confidence to do so. The study highlights the need for support and training in this area.

Suspected abuse of animals and people: Guidance for the veterinary team [The Links Group] [online]. Available from: https://thelinksgroup.org.uk/veterinary-team-guidance [Accessed 20 December 2022] 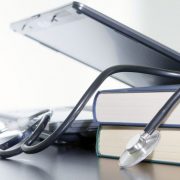 When is it safe to report abuse? 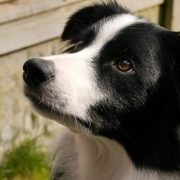