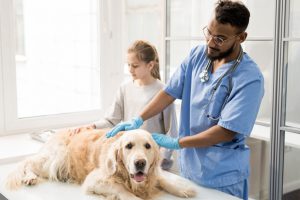 The aim of this randomized, double–blind, multicentre study was to evaluate the efficacy and safety of bedinvetmab (Librela; Zoetis), compared to a placebo, for the alleviation of pain associated with osteoarthritis in client-owned dogs (n = 287). The paper was written by staff employed by Zoetis in Belgium and the US and included dogs from 26 veterinary practices in four countries.

The study consisted of two phases. First a three-month comparative placebo-controlled phase, following this, 89 dogs that had responded positively, entered a continuation phase, lasting up to six months. All dogs were assessed by a veterinary surgeon to confirm radiographic evidence of osteoarthritis (OA) in at least one joint of the pelvic or thoracic limbs. They also underwent a veterinarian categorical assessment (VCA), in which each of three components: lameness/weight-bearing, pain on palpation/manipulation of joint(s) and general musculoskeletal condition was graded as ‘clinically normal’, ‘mild’, ‘moderate’, ‘severe’ or ‘nearly incapacitating’. At least one of the three components had to be moderately affected for enrolment in the study.

The dogs were randomized (1:1) to receive subcutaneous injection with placebo (saline, n = 146) or bedinvetmab (0.5–1.0 mg kg−1, n = 141) administered monthly. Dogs were examined at the veterinary clinic on days 0, 7, 14, 28, 42, 56 and 84, where the vet performed a physical examination, completed a VCA, and recorded any adverse health events (AHEs). Blood samples were collected monthly, and urine was collected every three months.

The results are reported under three headings.

The frequency of reported adverse health events was similar in the treatment and control groups, and the most frequently reported were ‘musculoskeletal disorders’, which included ‘joint pain’ and ‘lameness’ which occurred in 22 placebo dogs (15.1%) compared with three bedinvetmab-treated dogs (2.1%). Although there were some differences in the types of adverse events reported overall, they were considered to be incidental findings (often associated with comorbidities) or typical for a population of older dogs with arthritis, and not related to bedinvetmab administration.

Four dogs developed anti-drug antibodies ADAs during the 9-month study, but in only one case did this appear to affect the efficacy of the product.

Limitations of the study include a lack of clarity about how the categorical assessments in the veterinary clinical assessment were converted to percentage improvement, and the lack of a control group for the continuation phase.

This study provides some evidence for the effectiveness and safety of bedinvetmab administered monthly for up to nine months at 0.5–1.0 mg kg−1 for alleviation of pain associated with osteoarthritis in dogs. As such, it will be of interest to veterinary surgeons advising clients on the available therapies for their dogs.  However, further studies on this new product and comparisons with currently available treatments are required. 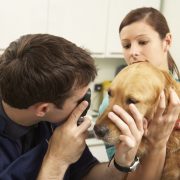