You are here: Home / Summaries / Farm Animals / Ceasing the use of the highest priority critically important antimicrobials...
summary of: Turner, A. et al. (2018) Ceasing the use of the highest priority critically important antimicrobials does not adversely affect production, health or welfare parameters in dairy cows. Veterinary Record 183 (2) p67

Antimicrobial resistance (AMR) in production animal medicine is an area of increasing concern and steps have already been taken to reduce antimicrobial (AM) usage in production animals.  In particular there has been a focus on reducing the use of Fluoroquinolones and third-generation and fourth-generation cephalosporins, which have been identified as ‘highest priority critically important antimicrobials’ (HP-CIAs) for human medicine. Most veterinary surgeons understand the concerns surrounding AM usage, however there are external factors that can influence prescribing practice, in particular farmers’ concerns over the potential impact on animal health, welfare and production, and the associated financial issues as a result of changing AM use.

The aim of this study was to investigate the effect of ceasing to use HP-CIAs at farm level on health, welfare and production parameters and to describe the means by which prescribing practice was changed on the participating farms.

The study was carried out on seven dairy farms, all clients of Langford Farm Animal Practice (FAP), between January 2010 and December 2015.  At the start of the study veterinary surgeons at FAP started to reduce the use of HP-CIAs with farmers educated about the changes through a series of meetings and herd health planning visits.  During 2011-2012 changes to prescribing policy and on-farm use, including ensuring that HP-CIAs were not kept on farms, were implemented on pilot farms.  These changes were then rolled out to all farms through the following years with all the substantial changes to prescribing practice deemed to have been made on all farms by the end of 2014, meaning that there was at least one year of follow-up data available from all farms.

In addition, strategies to improve husbandry and animal management were concurrently introduced.

All the herds included in the study had milk recorded monthly and kept detailed fertility and disease incidence records in herd management software.  AM prescribing and usage data was obtained from practice management systems; total kgs of AMs used per year as well as Animal Daily Dose per animal per year (ADD) were assessed.

Results show that changes in prescribing practice reduced the total quantity of HP-CIAs from 0.9 kg or 7.2 ADD in 2010 until they were not prescribed at all in 2015. Both metrics showed variations in the quantities of AMs prescribed to the individual study farms each year, with AM prescription lower in 2015 than previous years.

Over the six years of the study, mean 305-day milk yield showed an increasing trend while fertility parameters showed an improving trend. The clinical mastitis case rate, as recorded by the farmers, decreased on five of the seven farms. Overall the mean mastitis cure rate, measured by somatic cell counts, increased, while mean dry cow cure rates showed a decreasing trend.  The percentage of cows scored as lame at mobility scoring sessions decreased over the six years.  Culling percentages remained within the same range across all the farms throughout the study.

Limitations of the study include the fact that the farms selected were a convenience sample from a relatively small geographic region, meaning that they would all be influenced by similar climate and disease threats.  The fact that FAP is connected with Bristol Veterinary School may mean that the farmers are not a representative sample, as they would be used to more veterinary visits and input.

This study demonstrates that complete cessation of the use of HP-CIAs is possible without having a negative impact on dairy cattle production, health and welfare, as measured by culling rates, production parameters, fertility, udder health and mobility data.

Obtaining farmer ‘buy-in’ to changes in prescribing practice and improvements to husbandry and animal management will be critical so engagement with the farming community throughout the change process is strongly encouraged. 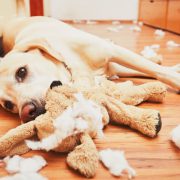 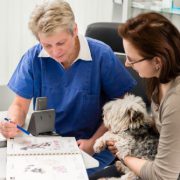 Use of a saliva-based diagnostic test to identify tapeworm infection in horses...

Drawing the line in clinical treatment of companion animals: recommendations...
Scroll to top