You are here: Home / Editions / Aug2022 / Effects of routine treatment with nonsteroidal anti-inflammatory drugs...
summary of:

Effects of routine treatment with nonsteroidal anti-inflammatory drugs at calving and when lame on the future probability of lameness and culling in dairy cows: A randomized controlled trial 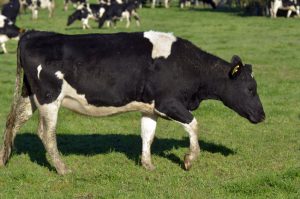 Wilson, J.P. et al. (2022) Effects of routine treatment with nonsteroidal anti-inflammatory drugs at calving and when lame on the future probability of lameness and culling in dairy cows: A randomized controlled trial. Journal of Dairy Science, 105 (7), pp. 6041-6054.

The aim of this randomised controlled trial was to investigate the effects of routine treatment with non-steroidal anti-inflammatory drugs (NSAID) at first and subsequent calvings and during treatment for lameness on the future probability of lameness and culling.

A cohort of Holstein heifers from a single UK commercial dairy herd were recruited between January 2018 and June 2020. Lameness scoring to identify animals requiring treatment was carried out every two weeks, animals were identified as lame if they scored ≥2a on the adapted AHBD lameness scoring system. The lame heifers were then randomly allocated to one of four treatment groups before first calving.

Data from 438 animals were included in the final analysis: 111 in group one, 117 in group two, 100 in group three, and 110 in group four. When compared with the control group (group one), animals in group three were less likely to become lame (odds ratio: 0.66) and severely lame (odds ratio: 0.28). Compared with group one, animals in groups two and three were at reduced risk of culling (hazard ratios: 0.55 and 0.56, respectively). The results indicate that treating a cohort of animals with the group three protocol would lead to an absolute reduction in population lameness prevalence of approximately 10% and severe lameness prevalence of 3%, compared with animals treated according to conventional practice (group one).

Limitations of the study are that it was carried out on a single herd and the results may not be generalisable to other herds. It is possible that some cows may have received short courses of NSAIDs when treated for other diseases than lameness.

This study provides evidence that treatment with NSAIDs at first and subsequent calvings and at every time an animal is identified as lame reduces the lifetime probability of lameness and culling. The authors hypothesise that systemic inflammation at the time of calving and localised inflammation at lameness predisposes cows to future lameness and that this is limited by routine treatment with NSAIDs.

Reply on TwitterRetweet on TwitterLike on TwitterTwitter
Load More...
https://www.infocusvj.org/wp-content/uploads/2022/08/Holstein-cow-walking-in-field.jpg 563 850 Myai Du https://www.infocusvj.org/wp-content/uploads/2018/06/infocus-logo-2018-v2-300x238.png Myai Du2022-08-19 08:22:212022-08-21 17:21:08Effects of routine treatment with nonsteroidal anti-inflammatory drugs at calving and when lame on the future probability of lameness and culling in dairy cows: A randomized controlled trial 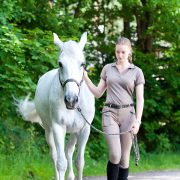 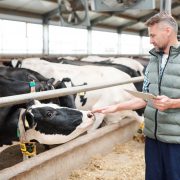 Evaluation of the use of ketoprofen for the treatment of digital dermatitis in dairy cattle: A randomised, positive controlled, clinical trial 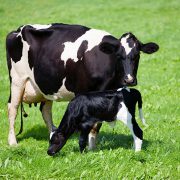 ‘We’re gonna end up scared to do anything’: A qualitative exploration...