You are here: Home / Editions / Jun2022 / Type and impact of clinical incidents identified by a voluntary reporting...
summary of: 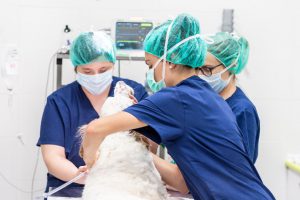 The aim of this study, which was funded by the AniCura Group, was to analyse voluntary reports relating to potentially harmful patient safety incidents, gathered from a large European multi-practice small animal veterinary organisation between April 2018 and September 2020, and to increase the understanding of how such data can assist organisations to reduce the risk of incidents occurring.

The incident reporting system was developed as part of an organisational strategy of quality improvement and patient safety. It is structured to collect data according to the definitions in the World Health Organisation Framework for International Classification of Patient Safety and contains both mandatory and optional fields, with country, practice and author captured automatically. The system has three levels: the first collects information about the incident, the second covers an investigation of the incident, and the third is a review of implemented actions and effectiveness of the changes. This study analysed data collected from the first level of this process.

A total of 2,155 incident reports from 130 different practices in seven countries were reported during the study period, of which 1,387 related to patient safety and were included in the analysis.

Anaesthesia-related incidents were the most severe, with 18% of these incidents resulting in patient death. In these incidents, the degree of patient harm was significantly higher in cats compared to dogs.

Limitations of the study include possible subjectivity and reporting bias that is inherent in voluntary reporting systems and the possibility that incidents occurring during care would be under-reported due to the sensitive nature of these incidents. No UK practices were included in the study.

This study provides evidence of the types of patient safety incidents which occurred in small animal practices from a single European veterinary organisation. It highlights the benefits that reporting clinical incidents could have in identifying recurrent problems which would then enable preventative measures and systems to be put in place. Further research is needed to explore the study’s finding that incidents were more likely to cause harm in cats than dogs. 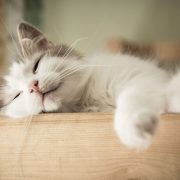 Risk factors for a first episode of primary uveitis in the UK and proportion...